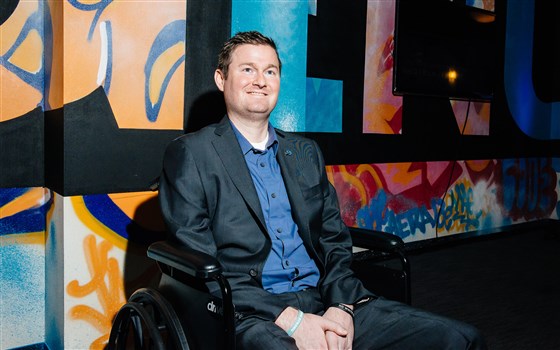 Patrick Quinn died Sunday at age 37 after a seven-year battle with ALS. He was a brave man- you have to be brave when you have ALS (amyotrophic lateral sclerosis or Lou Gehrig’s disease).

The degenerative neuromuscular disease eventually robs its host of nearly every bodily ability, even swallowing. But the disease leaves the mind intact.

And Patrick used his mind to the utmost. He is credited with co-creating along with two other ALS sufferers, the hugely popular Ice Bucket Challenge  which in 2014 raised $220 million for the ALS Association.  If you’ll remember, people, including many celebrities, took selfies being doused with buckets of ice water and challenged their friends to do the same.

That funding allowed the Association to make important advances for treatments for ALS, in eye movement communication technology and helping patients and their families cope with the disease. Many lives have been made better because of the efforts of Patrick and his friends.

These advances have allowed what Patrick called “a new sense of hope”.

So, what does this story have to do with Thanksgiving?

When we give thanks for what we have today, is there not an implied hope for tomorrow?

However you choose to celebrate, we at sportingAcause wish you a safe and thankful day.