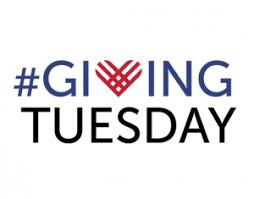 Giving Tuesday and beyond

Giving Tuesday, 2018 is now in the books, and it promises to be the most successful one yet.

The idea was born in 2012 by the 92nd Street Y and the United Nations Fund, to create a counter measure to the ultra consumerism of Black Friday and Cyber Monday. And it has worked. In 2017 thousands of businesses and non-profits as well as millions of people joined forces to donate $274 million to worthy causes in one day! This is the giving time of year after all, and we responded.

But what about the rest of the season, and year for that matter? Need persists throughout the year, not just around the holidays. Well, as impressive as the $274 mil is for that one- day effort, we Americans combined to give over $400 billion (yes, billion) over the past year to our favorite causes. And, after we had donated as much as our budgets allowed, we each volunteered four to six hours a week to those causes.

Yes, Americans are the most philanthropic citizens on earth. I think it safe to say that we would all give more if we could. Well here are a couple things you can do this holiday season to help worthy causes while doing what you’d be doing anyway:

Buying holiday cards to send to friends and family? Consider UNICEF cards. All of the profits from your purchase will help fund UNICEF programs for children in need around the world.

You’ll need stamps for those cards, right? Consider buying Breast Cancer, Vanishing Species or the recently- released Alzheimer’s stamps instead of the usual Christmas-themed ones. They will cost you 15 cents more per stamp ($3 more per sheet of 20) to support research and work for those non-profits. But don’t think those extra pennies won’t make a difference. The Breast cancer stamps have raised $88.9 million for research so far!

Another idea- a kind of “pure play” gift for the friend who has everything. Make a donation to a charity that is dear to your friend’s heart in his/her name. It may well be the most touching gift they receive this year.

And here is just one more idea for holiday shopping that perhaps tops them all. Do as much of your holiday shopping as possible in-town, locally. These business owners in turn , support local charities, including the sports-related fundraisers found in sportingAcause.