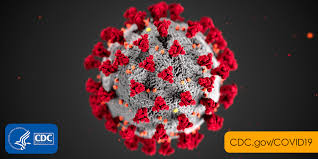 Just a few weeks ago, the first time I saw an image of the coronavirus it reminded me of a Nerf ball- something a child would play with, not the fearful, hateful thing it has so quickly come to symbolize.

The scroll at the bottom of the TV screen during the evening news last night seemed like the Storm of the Century was upon us –  schools closed, senior centers, town libraries, day care centers, all closed. But then, unprecedented in my experience, the scroll continued past the news through the rest of last night’s programming as event closings grew in number.

“Unprecedented” is a word we’re seeing a lot  lately. All major sports programs are shut down- the NBA, NHL, MLB have ended their seasons or at least “postponed” them. The NCAA Basketball Tournament is history. March Madness has a new meaning now.

And the speed of change is breathtaking. We don’t like change usually, but if it must, let it be in a measured, considered manner, extended over time. Two days ago, Connecticut high school athletes were protesting the “unfair” abrupt cancellation of all state sports tournaments . No one is protesting now.

Most of the weekend sports-related fundraisers in our area have been postponed. Here is a list of those events that appear on sportingAcause.com.

Hoops For Hope, Poughkeepsie – postponed until a later date.

Stay safe my friends, and welcome to the new normal.